At a fire station in Livermore, California, a light bulb flickers 24/7.

It looks nothing extraordinary, just a traditional hand-blown light bulb with an old-school filament and switch. What makes it remarkable, however, is that it is now 120 years old.

If you think about it, when was the last time you’ve had to change a bulb? A year ago? Two years? It makes one wonder: how does one light bulb designed with technology over a century old outlive that light bulb you just bought from the hardware store in 2019?

The so-called centennial bulb is at the core of discourse over planned obsolescence—the idea that modern-day devices, from light bulbs to appliances to gadgets, are designed with short life spans to ensure that consumers keep buying replacements.

It is regarded as the singular evidence that light bulbs could, in fact, last for over a lifetime, yet manufacturers have artificially altered the design so modern ones burn out quick.

It has been proven in investigations: the “Phoebus cartel” in the 1920s gained notoriety over conspiring to cut the lifespan of bulbs to just 1,000 hours. This way, consumers just had to keep buying more. Meanwhile, the centennial bulb made the world record in 2015 for being the longest burning light bulb, having been kept on with near-zero interruption for over a million hours.

The cartel’s scheme was known as the origin of big-industry planned obsolescence, a phrase that even has a dictionary definition: the Collins English Dictionary says it is “the policy of deliberately limiting the life of a product in order to encourage the purchaser to replace it.”

Also called built-in obsolescence, or designing a product so it won’t last, the concept— and practice— was first mentioned in a script from Bernard London in 1932, according to a 2017 article by Matteo Zallio and Damon Berry published on The Design Journal.

Here, we take a look at what planned obsolescence looks like in tech— or why manufacturers consistently convince you to think you have to buy a new phone every after two years or so.

Is innovation simply too fast or are devices really designed to fail?

Photo by Skitterphoto from Pexels

Of course, one may argue that innovation in technology naturally leads to obsolescence. This is the technical kind of going obsolete— when a device or product just naturally meets its end date because better, more efficient technology has been developed.

There are simply devices built on technologies eventually replaced by innovations that arise from technological progression. Just like tiny memory cards that have now replaced floppy disks, or cassette tapes rendered relics by the now more affordable music streaming services.

Yes, there is a market for devices that cater to nostalgia, like the resurgence of vinyl record players, or even once-handyphone-heavyweight Nokia’s attempt at regaining market clout through its 2017 release of a new version of its 2000 original Nokia 3310.

But this is mostly niche. In the case of Nokia, excitement over the re-release of its turn-of-the-millennium QWERTY phone soon died down. In the natural order of things, technology does not regress, no matter how some in the market may want to wax sentimental over the tech of their teens.

As for trends, products and devices may also lose appeal because they are “so last year.” Anchored on the cycle of fast fashion, tech products just go out of style. It may be hard to believe, but flip phones were last popular over 20 years ago. Wonder why market-dominant Apple has never made one? Yeah.

Those who still own devices that are no longer “in” are regarded as “out” or uncool. To keep up, the ones who can afford just constantly replace their devices— even while their current ones still actually work— and next come the Instagram posts or YouTube unboxing of their latest purchase, with #blessed.

And then there’s the sinister kind: planned obsolescence. It is a capitalist profit scheme where products become obsolete in a few short years by design.

Consumers International, an organization of consumer groups from around the world, says planned obsolescence “means manufacturers deliberately design products to fail prematurely or become out-of-date, often to sell another product or an upgrade.”

It is a practice whereby consumers, unwittingly and eventually, are forced to replace their devices— say mobile phones— because they are no longer usable, at times even while the hardware still works.

One cruel way manufacturers do this: suppressing the consumers’ ability to have their devices repaired or upgraded.

Consumers International says some of the schemes include the use of copyrighted software and digital locks (the reason why jailbreaking came to be), use of components that could not be removed and replaced (built-in batteries, for instance), or refusing to share repair manuals.

There’s also the matter of prohibitive prices of replacement parts, “exclusivity” in repair service, and limiting device models covered by certain software upgrades, just like how the latest Apple iPhone operating system, iOS 14, works only with devices from iPhone 7 and higher.

“For consumers this means their products don’t last as long as they could, and even small problems have to be dealt with by an approved repairer – sometimes at greater expense, distance and delay, especially if they don’t want to invalidate the warranty. This is an inconvenience for many, and one which arguably hits poorer and geographically isolated consumers harder,” says Consumers International.

The group says this leads to a bigger pile of electronic waste, already a massive global problem with no clear solution at hand. In 2019, some 53.6 million metric tons was generated worldwide, an increase of 21 percent over five years, says the UN Global E-waste Monitor 2020.

Zallio and Berry note that, without hampering technological development, there must be ways for devices to be designed in a sustainable way.

“It’s clear that it is quite difficult to stop the evolution of technology and design, especially in a world where more and more people can access the Internet, services and data. However, it is possible to positively evaluate the use and reuse of objects, thanks to small upgrades, unobtrusive plug-in and smart adds-on that could increase the life expectancy of our existing devices and enable people with different abilities to use them for a longer period.”

Resisting this buy-dispose-buy cycle imposed upon consumers is, thus, an imperative. One way is to be able to fully exercise the right for devices to be repaired or upgraded without limiting parameters that profit-driven manufacturers embed in their products. We must no longer be deceived into buying devices with factory-set self-destruct timers. 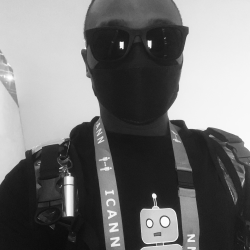 Filling the Digital Gap: A Discourse on Tech Access among Under-served Children in Malaysia

Fairphone: Fighting for sustainable tech one device at a time